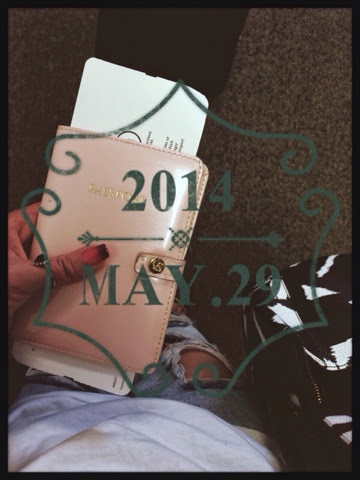 It’s really true. I’m flying to London today. Pinch a girl because this can’t be real life. I think I’m stuck in a Nora Ephron film because this is far too beautiful of a story to be real life! 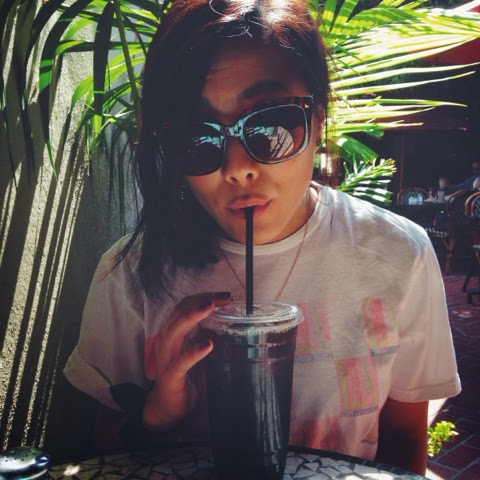 Trav took me to brunch at Aroma       before going to the airport!

May I first just start off by saying British Airways is really really great. The jet was huge; two stories and clean. They play classical music as you board which makes you feel half “Iggy Azelea fancy” and half “like you’re having a spa day with the “Bridesmaids” girls (without the shitting moment) moment”. Ladies in perfectly tailored skirts and hats are there to greet you and provide you with enough beverages to do away with the hangover of a newly 21 year old frat boy. Water, soda, coffee, then tea, and soda. Start all over again with mini wine bottles. Juice. Repeat all until you K.O. from overhydration. At one time I think I had five full drinks on my teetering baby tray. Hour 6 they bring baskets filled with fudgesicles. I feel like I’m adult trick or treating…the rules stay the same; you take one from the basket. Best part is: you don’t have to move at all (lazy grownups!).

-Everyone has British accents which makes everything more relaxing and pleasant. Although an elderly British lady behind me keeps yelling for things which seems to be irritatingly cancelling out my point. 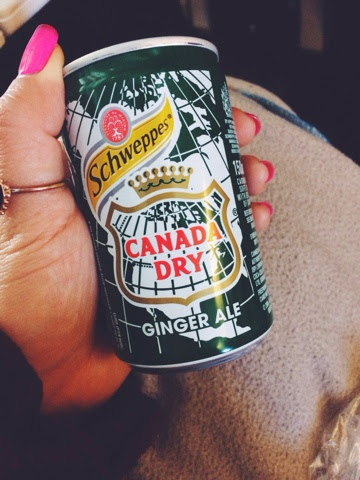 A good ale never hurt nobody.

At the moment I’m having trouble popping my eardrums due to the altitude but beyond that I’m about 5 hours into the flight and doing superb.
A few things:
-Watched “Her” by Spike Jones. Incredible film. Highly recommend although AGAIN I’m probably one of the last people to see this award winning highly popular film. Last minute Joe. Or would it be last minute Jane?
Loved ScarJoe’s line: “The past is just a story we tell ourselves.”
Oh and Trav if you’re reading this there’s a little white creature character that I know you will say that I remind you of.
– “Something Blue” by Emily Giffin and “Chocolat” by Joanne Harris are my travel buds. Thought they seemed fitting as one takes place in London and the other in France, respectively. 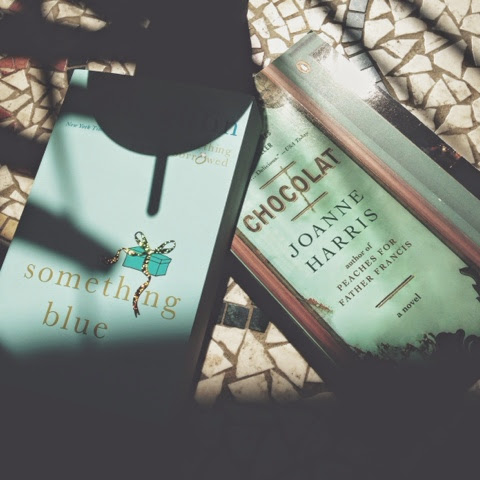 They pose ever so nicely.

– Also just finished “That Awkward Moment”. Yes, that one with Zac Efron and the kid from The Wire. Ended up being cute but took me a bit to get into. I always like to watch these “dude comedies” seeing as I grew up as the only girl with two older brothers. It provides a weird sense of comfort to watch guy humor parlay into some story about a playa not playin no more. The girl that won him over and changed him for good. That old song and dance. Unfortunately, it felt like the three guys were trying super hard to create that raunchy guy banter and (for me) it just came across a little forced. But I still enjoyed it.
– BTW: LAX got some sort of crazy refurbishment (is that a word-ishment?). My gate was literally in the middle of some freakishly beautiful new mall with mostly all duty free shops. Yay now you can get your Ferragamos and Gucci bags for only 2 Gs instead of the regular 5 (note my sarcasm)!
A huge line of about 50 people built up by the gate and I thought we were boarding early only to discover that it was all the shoppers picking up their duty free items they had bought. I get it now. Show up early and pack light so you can shop at the Mall of America located centrally right smack dab in the middle of the airport. Genius! The guy who thought of that must be sittin real pretty right about now McDuck style. 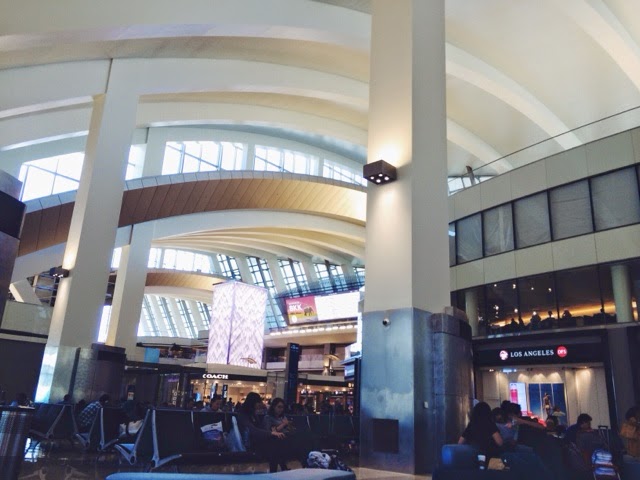 Sitting at my gate admiring       couture from a safe distance.
Uh, oh the pretty ladies in hats are comin’ round again with mini bottles of red wine gotta go. Xo
P.S. Will blog again when I have wifi.
P.P.S. Colton really is a fairy Goldman. (My autocorrect just turned godman into Goldman and I thought it way too fitting to even correct it.)
Ally

Hi beautiful people. Search around and get to know me and my life a little better. I love you!!!! -Ally

“SHE SLEPT WITH WOLVES WITHOUT FEAR, FOR THE WOLVES KNEW A LION WAS AMONG THEM.” -R.M. DRAKE